Oak Ridge National Laboratory and University of Tennessee have received in excess of $200 million in funding from the State of Tennessee and U.S. Department of Energy to accelerate the commercialization of biofuels and chemicals from cellulosic biomass.

AgBioworks has successfully implemented launch meetings for the âRegional Strategy for Biobased Products in the Mississippi Deltaâ at the following locations in the 3rd and 4th quarters of 2009:

Faculty and special guests attended a briefing at Arkansas Biosciences Institute at Arkansas State University in Jonesboro on December 10, 2009 concerning the "Regional Strategy for Biobased Products in the Mississippi Delta". This was one of two events in Arkansas in December 2009. The other event was hosted by the Little Rock Chamber of Commerce on December 3, 2009. Both events were organized by the Arkansas Energy Division of the Arkansas Economic Development Commission. 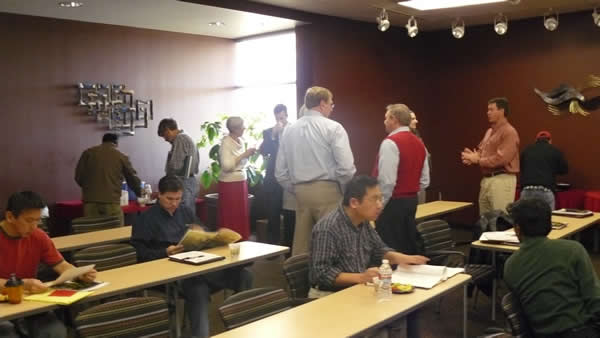 Over 70 agriculture, education, business and government leaders attended launch meetings for the "Regional Strategy for Biobased Products in the Mississippi Delta" which took place on November 16-17, 2009 across Southeast Missouri. On the 16th a luncheon meeting was hosted at the Three Rivers Community College in Poplar Bluff, and that evening a dinner meeting at University of Missouri's Delta Center at Portageville. On the 17th a luncheon meeting was conducted at the Cape Girardeau Career and Technology Center. As part of the dinner meeting at the Delta Center in Portageville, Peter Nelson of Memphis Bioworks Foundation shows the National Renewable Energy Laboratory resource map which pinpoints biomass as the major renewable asset for the region. Attendees networking during the reception. 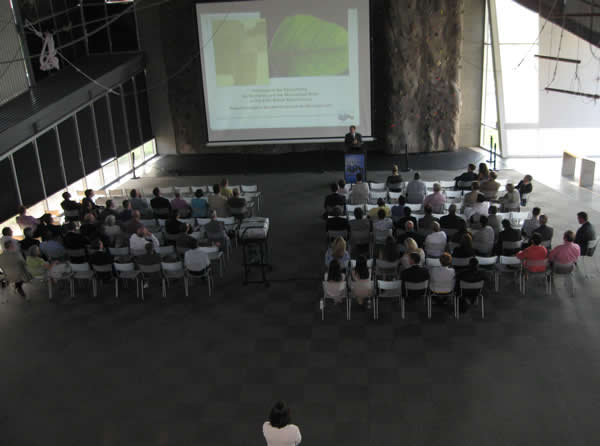 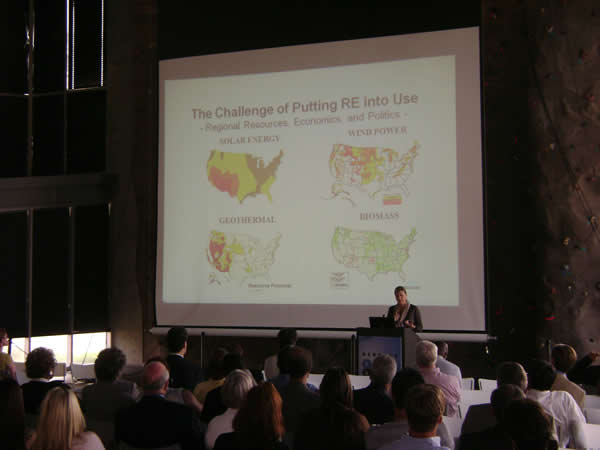 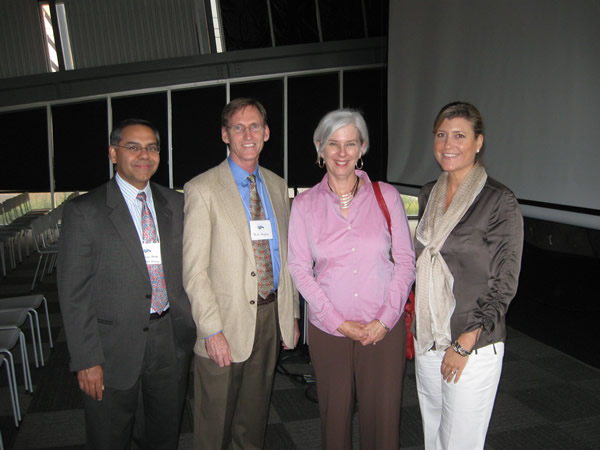 On September 15-16, 2009 representatives of AgBioworks gave two presentations concerning the "Regional Strategy for Biobased Products in the Mississippi Delta" working in conjunction with Kentucky implementation partners at Murray State University and the Purchase Area Development District. An evening meeting at Murray State University in Murray, KY was followed by breakfast at the PADD headquarters in Mayfield, KY with over a 100 total attendees. 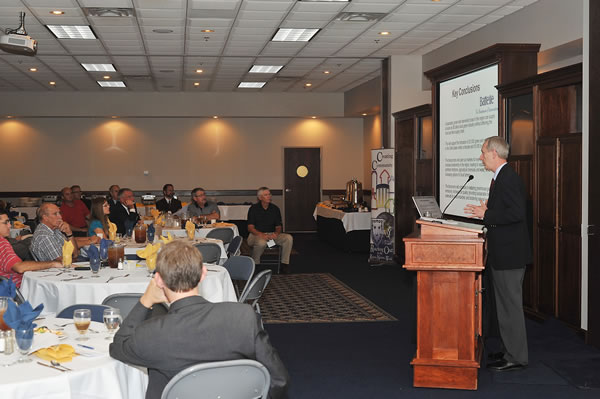 Dr. Tony Brannon, Dean of the School of Agriculture at MSU, welcomes everyone to the meeting at the PADD office in Mayfield, KY. 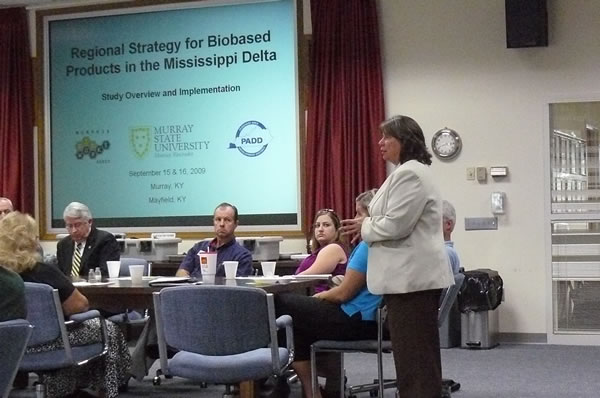 Loretta Daniel, Director of the Innovation & Commercialization Center at MSU speaks to the group at the breakfast meeting in Mayfield. 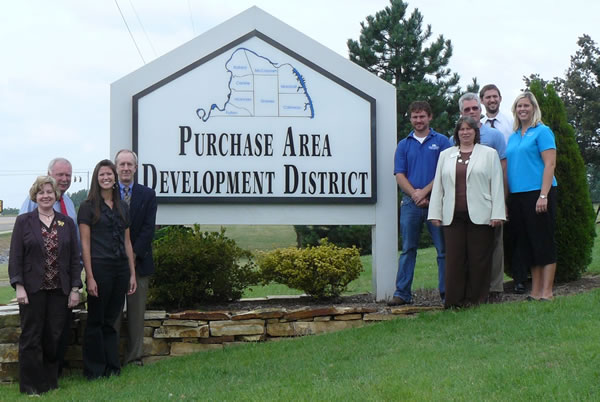 Welcoming attendees to the meeting.