Global investment in clean energy technology rose to $148 billion in 2007 which is a 60% jump from 2006. This amount is expected to triple in the next few years.
Source:âGlobal Trends in Sustainable Energy Investment 2008,â United Nations Environmental Progamme (UNEP)

The New Bioeconomy: Biodiversity, Opportunities for Farmers and Green Jobs 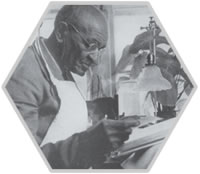 The bioeconomy is an emerging global sector that involves using renewable agricultural and forestry materials to replace petroleum in the development of biobased products, while increasing the amount of healthy, local food. This new industry is one of the fastest growing economic sectors in the world and is projected to be a $125 billion global market within a few years. The bioeconomy has received billions of dollars in public and private investments over the last 18 months which have dramatically accelerated the commercialization of biobased products.

Using solar energy captured in plants instead of petroleum is not a new idea. Early in the last century, George Washington Carver, Henry Ford and other industrial and farming leaders promoted the concept of using farm products as the building blocks for manufacturing. These innovations created a host of products ranging from paints to cleaning products to automotive components. However, these discoveries were quickly replaced by petroleum-based chemistries that were more cost effective at that time.

The days of inexpensive petroleum are now over. The consumption and reliance on finite fossil resources has significantly impacted domestic energy security, the environment and rural economies. These factors, coupled with global climate change and new innovations in science, have caused a resurgent interest in materials produced from sustainable agriculture and forestry.

The Mississippi Delta region has productive farm land, ample supplies of biomass and excellent logistics that will help position the region to deploy technologies to convert plants into many useful biobased products. This transformation will promote rural development, provide new opportunities for farmers, increase biodiversity, decrease pollution, reduce our impact on global climate change and establish many new green jobs.